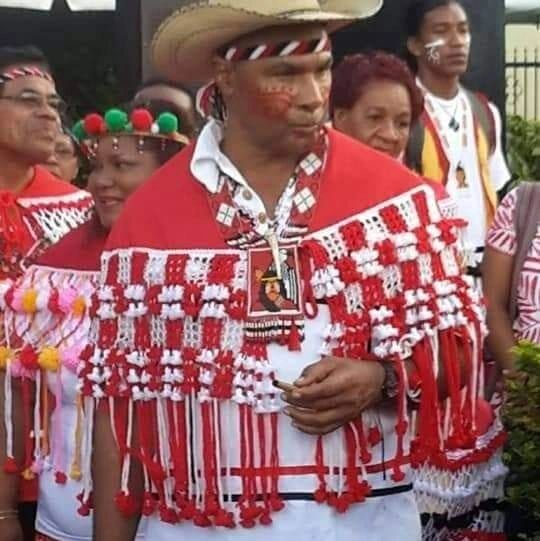 We all learnt in school, that the first inhabitants of Trinidad and Tobago were the Carib and Arawaks. However, the first people consist of a number of tribes that came from the Orinoco Delta and settled in Trinidad and Tobago. Trinidad, the closest island to the mainland was the first point of entry to the Caribbean. It is discovered at least ten known and named pre-Columbian languages were spoken by peoples of a variety of Amerinidian origins. Many of the languages once spoken are now extinct except for Kalina, (Carib), lokono (Arawak) and Warao which are still spoken by the mainland countries of Venezuela, Guyana, Suriname, Brazil, and French Guiana. It is important to note that the languages that came from different tribes are all distinct and different from one another as English is to Spanish. The languages live on in our culture through the names of important places, flora and fauna. They should not be generalised as Amerindian or referred to as a mere dialect since they come from different language families.

Christopher Columbus discovered Trinidad on his third voyage on 31st July 1498. Over the years, many of these tribes were largely wiped out by Spanish Colonisers under the encomienda system. The ancestral Amerinidian languages were first replaced by Spanish, then Patois/French Creole (also called Kweyol) and now English and English Creole. Some popular Kalina/Carib names include Arima, Aripo, Ariapita, Caura, Toco, Chacachacare,Cumuto Cunupia, Macqueripe, Piarco, Chaguaramas, Tamana and Maracas.

In recent years, the government of Trinidad and Tobago donated land to the descendants of the first people so as to preserve this significant part of our heritage. The Santa Rosa First People Community is led by Chief Ricardo Bharath Hernandez and Queen Nona Lopez. The Community’s shaman /payai or medicine man is Cristo Adonis who has a wealth of knowledge on first people’s history and medicinal herbs. The community conducts a number of religious ceremonies during which ceremonial chants are sung. The ceremony may include the birth of a child, the death of a person, the clearing of land for planting and harvesting, or interreligious meetings and festivals such as Red Earth. During the ceremony, tobacco is blown out of a pipe for the purpose of communing with the Creator. To preserve the language some members of the Santa Rosa First People Community are interested in learning both Kalina and Lokono languages either through formal classes or visits to the mainland.

The Expedition to the Village

The idea behind the walk is to create a feeling of mystery and excitement. A one-hour hike through the enchanted Cleaver Woods Forest, then in the middle of nowhere to stumble into this mystifying place. The trail which starts at the top of Cleaver Road is flat and passes alongside the shallow river. The path is through an old cacao estate believed to be once owned by the Cleavers. The trail continues along the shallow river, where a 15-minute upstream walk will lead to the bottom of the Carib Village.

From there a further 15-minute uphill walk will lead to the huts, where one can enjoy the ambience and at the same time have some refreshments.

My visit to the Carib Village Park was simply mind-blowing. Set on top of a mountain like what seems to be in the middle of nowhere. Towering over the settlement is Mausica Peak at 530m, it is the tallest mountain that overlooks Arima. The vast landscape of the Carib Village is spacious and breezy. An ideal location for tribal ceremonies.

At a glance, I could see development is still in progress. Agriculture and road construction are also taking place. However, the open thatched roof huts look simply marvellous. In time this place has the potential to be a major attraction for visitors. Please note for groups to visit permission is required from the Santa Rosa First People’s Community.